During this procedure about 80-85 percent of the stomach is removed so that it takes the shape of a tube or sleeve. This operation is also performed laparoscopically. The tube-shaped stomach that is left is sealed closed with staples.

The indications for the sleeve procedure are the same as other bariatric procedures uch as gastric bypass or adjustable gastric banding. It is particularly useful for patients who can’t return as often for the follow-up visits as required

by the gastric or lap band procedure.

Following surgery, you will need to become re-accustomed to eating solid foods. Normally this starts with two weeks on a liquid-only diet, two weeks of semi-solid, pureed foods and then solids.

As far as weight loss goes, most people who have gastric sleeve surgery lose 50 to 80 percent of their excess body weight over the first six months to one year after surgery. Studies have shown that after the gastric sleeve resection procedure people show improvement in diabetes, high blood pressure, high cholesterol and sleep apnea within one to two years. These improvements are comparable with those seen after other weight loss surgeries.

The procedure has several advantages over gastric banding because no foreign objects are left in the body during the procedure. With gastric banding, the band may slip, erode or become infected. Unlike gastric bypass or duodenal switch, there is no bypass of the small intestines with the gastric sleeve, so all nutrients are absorbed and very little chance exists of absorption issues. 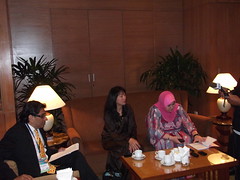